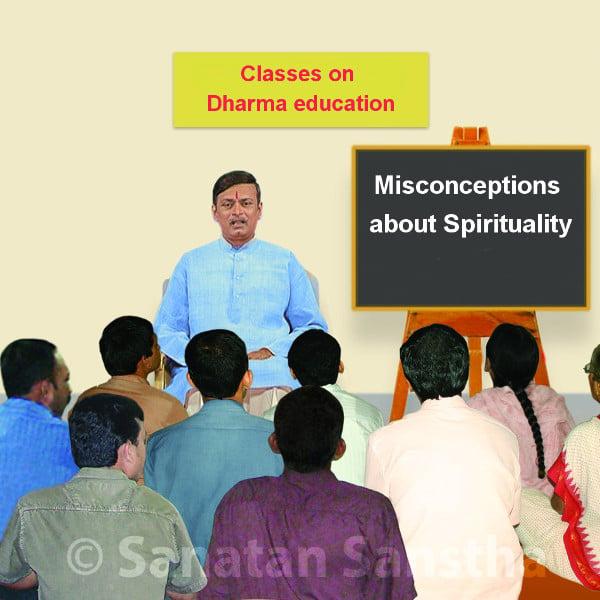 1. Misconceptions about Spiritual practice – We will perform sādhanā in old age

About 50% people know that Spirituality is useful, yet 50% of them say, ‘We will perform sādhanā when we grow old’. There are four mistakes associated with this statement.

Deity or a Saint according to one’s intellect

3. Misconceptions about Spiritual practice – One should not get married

About 30% of seekers feel that if they want to make spiritual progress, they should not get married.

However, this is incorrect due to the reasons listed ahead.

Some feel that if they chant God’s Name as sādhanā, they will not be able to fulfill their other worldly duties. Such a feeling is absolutely ill-founded. Nowhere in the history of mankind has there been a case in which one has incurred a loss by chanting God’s Name. On the contrary, chanting God’s Name increases the power of concentration, and therefore, one is able to accomplish worldly duties in a much better way.